Dorothy M. Davis is the global one-stop shop for transforming the unimaginable and inconceivable into powerful, holistic and impactful outcomes. We specialize in finding solutions to complex challenges by creatively connecting intangible and tangible dots tailored to the circumstances.

About The Team
The Dorothy M. Davis team will be drawn as needed from a consortium of highly qualified and experienced freelance professionals and experts from around the world. Their expertise and local, cultural and institutional-based knowledge will contribute uniquely to finding and implementing the best sustainable solutions for the client.

About The Principal
Dorothy Davis is a pioneering, global thought leader, social entrepreneur, writer, filmmaker/producer and strategic thinker who intuitively streamlines complex issues into manageable components. She is especially adept at identifying the common interests between people, cultures and businesses and connecting them on local to global levels to achieve positive and sustainable results.

Born in Monrovia, Liberia, to U.S. Foreign Service parents serving there, Ms. Davis’ values, philosophy and sense of international diplomacy were shaped by what she experienced daily with her Liberian and international friends and personal family friendships with many of Africa’s leading political leaders and visionaries, including Liberia’s President William V. S. Tubman, the African Development Bank founder A. Romeo Horton, and Ghana’s Prime Minister Kwame Nkrumah. This framework continued as her family was re-assigned to posts in newly independent Tunisia and Nigeria during the Biafran War. There, she learned to bridge cultural differences and identify common ground in new neighborhoods and school environments operating within new societal contexts.

While her family was stationed in Nigeria, she was sent to Collège du Léman, a Swiss-owned international high school near Geneva . This experience, along with spending summers in Lagos and Monrovia, not only broadened her cultural mindset and skill set exponentially, but also shaped her geo-political perspective, understanding about war at local and global levels and highlighted the importance of intertwining indigenous and Western knowledge. As her family undertook intermittent tours of duty in the USA, she integrated The Sidwell Friends School Middle School in Washington, D.C., and used her cultural competence to bridge differences and find common ground in her country of citizenship, the United States of America. Meanwhile, she also learned of her family’s Caribbean heritage spanning Jamaica, Haiti, Cayman Islands, Cuba and Barbados.

Ms. Davis received her Bachelor’s degree in broadcasting and film with a minor in political science from Boston University and her M.S. degree from Columbia University’s Graduate School of Journalism. From both, she learned how to tell a story. After working in public relations, newspapers and radio, she joined the Time Inc. family as the first African-American advertising sales representative of Fortune magazine in Philadelphia, Pennsylvania with a Mid-Atlantic sales territory consisting of Fortune 500 companies, government agencies, as well as advertising companies based in New York City. She introduced Fortune to Washington DC’s Embassy Row, thereby expanding her sales territory and their international vision. From Fortune, she learned how to sell image.

In 1985, during the height of the Ethiopian drought, Ms. Davis was invited by Mrs. Jacqueline (Jessie) Jackson to join her female delegation to Ethiopia at the invitation of then President Mengistu Haile Mariam to confirm that US donations were truly reaching the drought stricken. On this trip, she also officially co-represented Fortune magazine, Philadelphia’s Mayor W. Wilson Goode and the City of Philadelphia. Upon her return, she produced the documentary, “A Hungry Man Knows No Politics” and created the citywide organization, Philadelphia CAREs for Africa. This experience re-inserted, re-ignited and re-defined her involvement in her natural environment of development as a “voice of the voiceless.” It also illustrates the kinds of unique coalitions that she has repeatedly built around common goals and campaigns. Since 1985 until present, Ms. Davis has continuously applied her innate knowledge of people and cultures in every situation she has confronted in order to bring about the desired results.

Building on this foundation, Dorothy M. Davis interweaves innovative ideas, opportunities and possibilities into practical, meaningful experiences for our clients and their constituencies and our partners in private sector, public sector and civil societies across the globe. She has travelled to 20 countries in North and Sub-Saharan Africa, the Caribbean, Brazil, Europe, Canada, China, Japan, Russia, Qatar, and the USA. Thus our spheres of influence include a global spectrum of Heads of State and Government, Captains of industry, leaders of non-governmental organizations, UN Secretaries-General and agencies, African Union, celebrities, diplomatic corps, civil society and the grassroots.

Throughout her career, Ms. Davis has been recognized for her work by the Overseas Private Investment Corporation (OPIC), the South Punjab Women Chamber of Commerce and Industry of Pakistan and a host of non-profit organizations . Most recently in May 2015, she was honored with the 21 Leaders of the 21st Century 2015 Award from Womens eNews in the category of Seven Who Interrupt Legacy Narratives as a Transcontinental Developer of African Economic Justice. In April 2014, she received the Global Poverty Award from the Alpha Kappa Alpha Sorority. 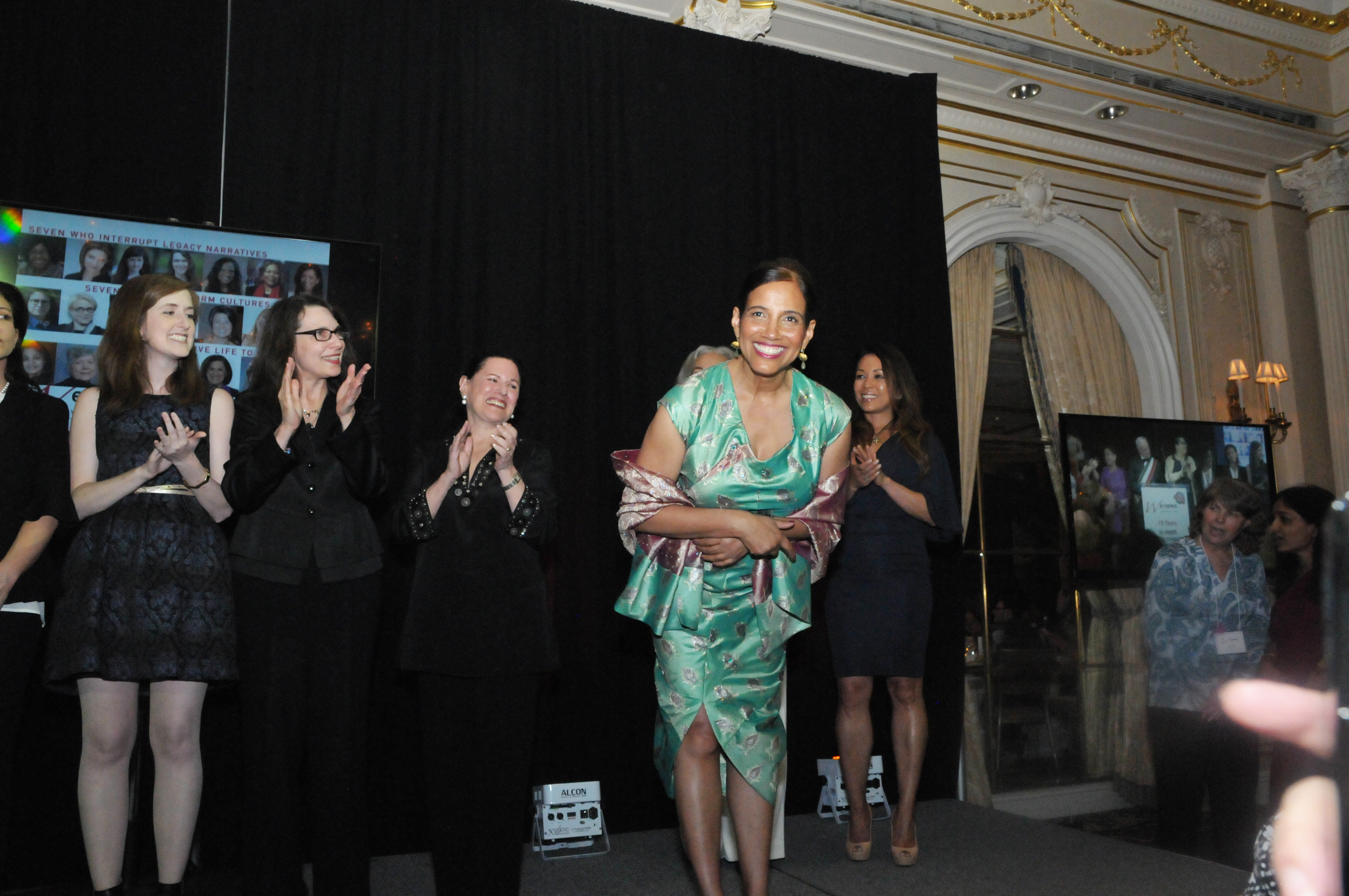 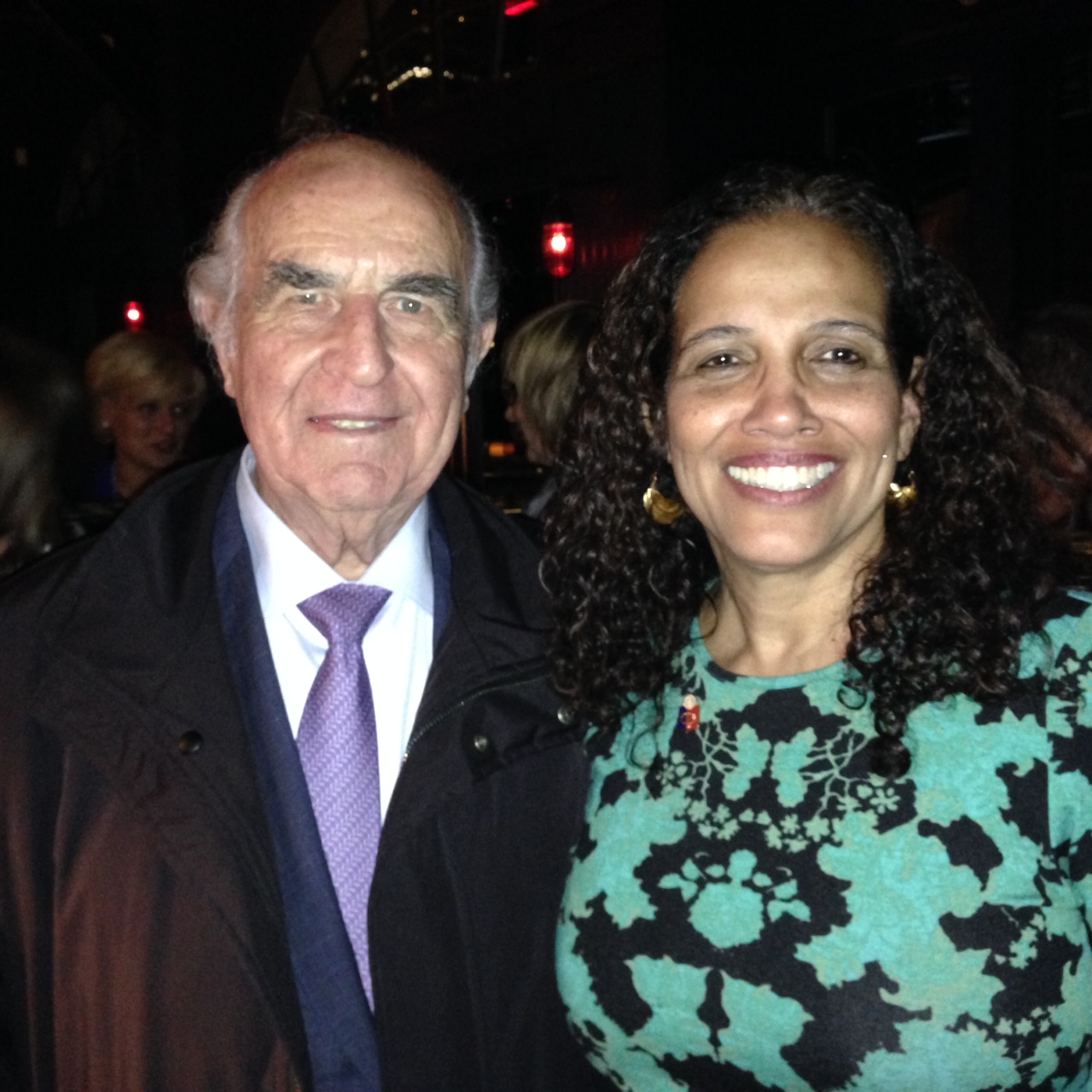 With Francis A. Clivaz, Founder and Member of Governing Board of high school alma mater, College du Leman in Versoix, Switzerland. 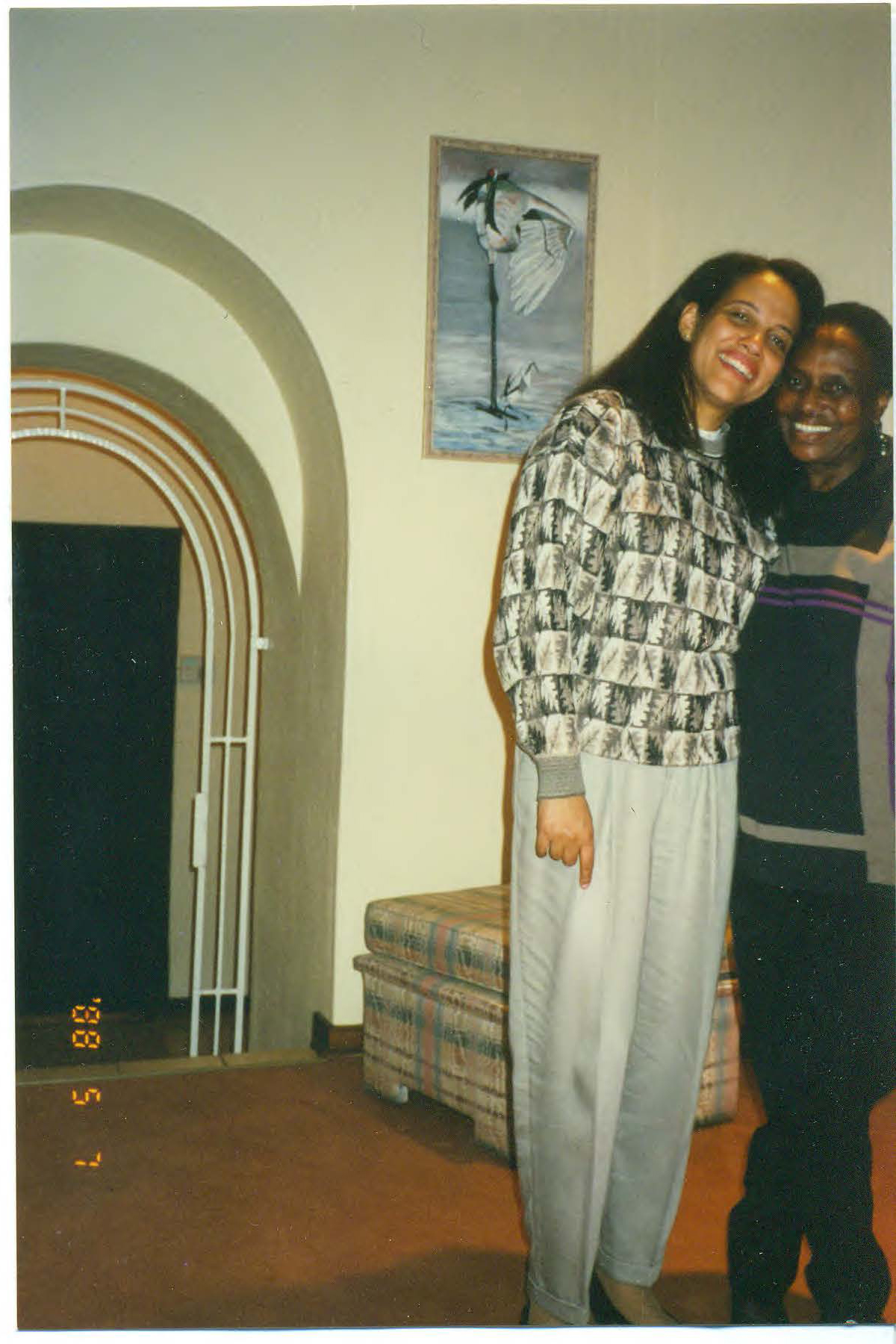 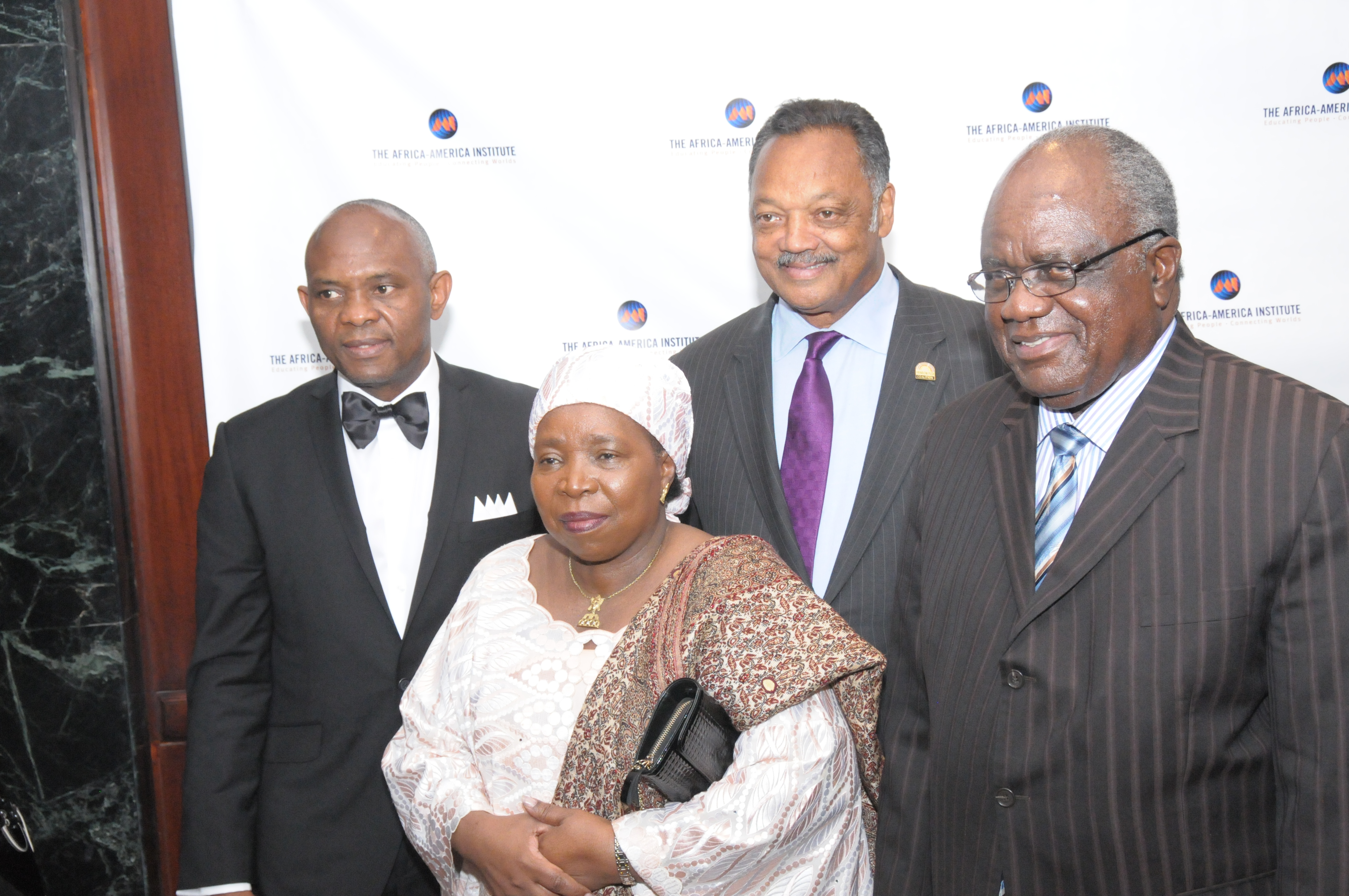 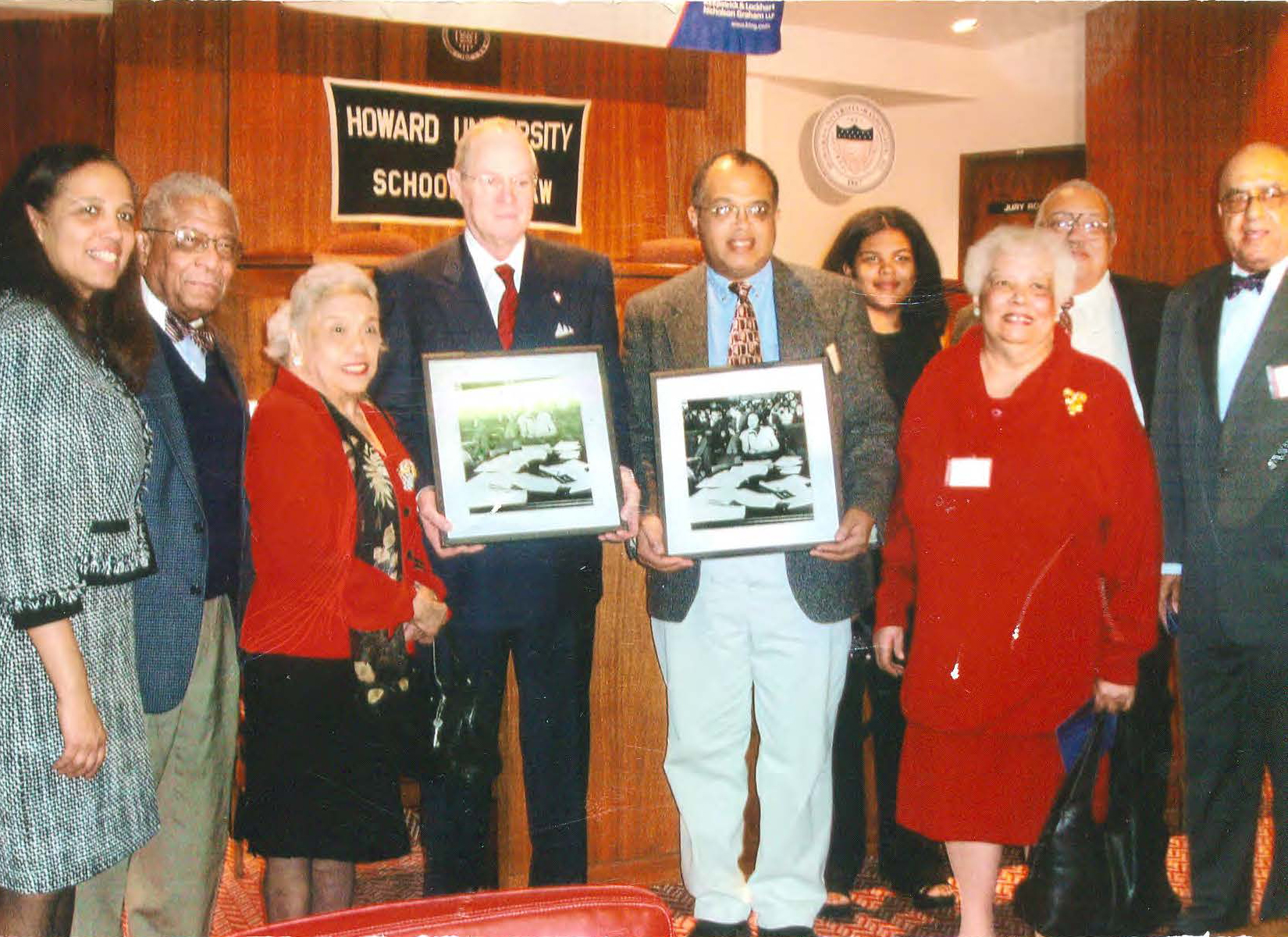